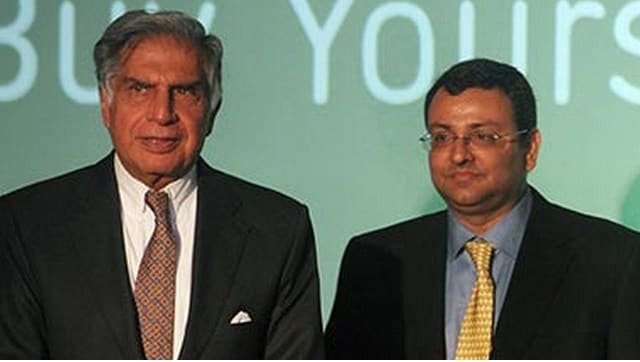 However, the lawyers appearing in the case on behalf of both the parties expressed that they had no objection to a CJI-led bench hearing the case

New Delhi: Chief Justice of India Sharad Arvind Bobde, who is heading the bench hearing the high-stake Tata-Mistry case on Monday disclosed that his advocate son Shrinivas Bobde, has been representing a subsidiary company of Shapoorji Pallonji Group in a slum redevelopment matter for about two years.

The top court is hearing cross-appeals filed by Tata Sons and Cyrus Investments against appellate tribunal NCLAT’s order which had restored Cyrus Mistry as the executive chairman of the over $100 billion salt-to-software Tata conglomerate.

A bench of the Chief Justice and Justices AS Bopanna and V Ramasubramanian asked the lawyers appearing for both Tata Group and SP Group, whether they have any objections with the disclosure.

Senior advocates Harish Salve, appearing for Tatas and CA Sundaram, representing SP Group said that they have no objection with the Chief Justice-led bench hearing the matter, which continued for the fourth day.

“Over the weekend, I came to know that my son who is in Bombay has been appearing for a subsidiary of SP Group in a slum redevelopment matter for about two years. I thought of disclosing it to the parties, in case any of you have any objections to this court hearing the case,” the CJI said.

Salve said that even he had appeared in the same matter and he has no objection with the CJI led bench hearing the case.

Sundaram also concurred with Salve and said that they all appear for some company or the others and he also does not have any objection.

The CJI said that these days such issues potentially create problems at a later stage.

The bench noted in its order, “Today when the matter was taken up for hearing, this Court disclosed to the Bar that Shrinivas Bobde, learned counsel, has been appearing on behalf of a subsidiary company of Shapoorji Pallonji Group at Mumbai in a matter regarding slum rehabilitation for about two years.”

It said, “Senior counsel/counsel appearing for the parties’ viz, Harish N Salve, AM Singhvi, CA Sundaram, Mohan Parasaran, Shyam Divan, Fereshte D Sethna, etc, have stated that they have no objection to this Court deciding the present matters.”

The bench said the joint statement made by the counsel appearing for the parties is being taken on record.

Sundaram, who resumed his arguments, referred to various legal provisions and judgments related to the winding up of the companies.

The hearing remained inconclusive and continued on Tuesday.

Earlier, the Tatas had opposed as “nonsense” the Shapoorji Pallonji Group’s proposal that its 18.37 percent stake in the Tata Sons, which it claims to be worth Rs 1.75 lakh crore, be swapped with the shares in the Tata group’s listed companies.

The SP group is seeking pro-rata shares in Tata group’s listed companies in lieu of its 18.37 stake in Tata Sons Private Ltd (TSPL), the holding company of group firms.

The SP Group said however that it was worth Rs 1.75 lakh crore.

Union Budget 2021: PMFAI calls for GST discount on pesticides from 18% to five%