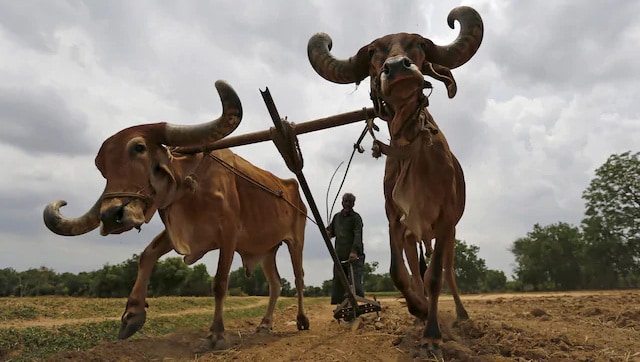 The present system of agricultural procurement has outlived its utility, is inequitable, and lacks dynamism

The problem with Indian agriculture, put succinctly, is simply this: it is, for most farmers, an unviable business. A National Sample Survey Office (NSSO) report that mapped the income, expenditure and indebtedness of agricultural households in India in 2013 found that farmers with holdings of a hectare or less were able to get only half their total net income from farming and they had to supplement their income by wage labour, animal husbandry and other non-farm work to keep body and soul together. Even then, their total income from all sources, including net receipts from cultivation, was less than their consumption expenditure.

So how many farm households had land holdings of a hectare or less? The study said it was 69.4 percent. That means 69.4 percent of farming households — the vast majority — didn’t earn enough to cover their expenses in 2013. Another 17.1 percent households — those owning between 1 and 2 hectares— had an average monthly surplus of a paltry Rs 891 in 2013. A couple of bad monsoons, or even a major illness, would be enough to send even these farmers into the red.

Thus, the vast majority of farming households not only lack the resources to invest in their land, but have to borrow to make ends meet.

What then is the remedy? The received wisdom was that as industry develops in the cities, it will attract workers from rural areas. Since these people are underemployed in the first place, productivity will rise, farm sizes will become larger and farming will be integrated into the rest of the modern economy as agribusiness.

But the fact is that for many countries, including India, manufacturing has been unsuccessful in absorbing the surplus labour. Instead, labour fleeing unviable farms has found work in the informal sector and in construction, which, unfortunately, also suffer from low productivity. Given the capital-intensive nature of modern industry, it’s very unlikely that the manufacturing sector can absorb the vast masses scratching out a precarious living in marginal farms in India. Indeed, a working paper from the Asian Development Bank titled ‘Agriculture and Structural Transformation in Developing Asia: Review and Outlook’, projected that, while the share of output of agriculture would be less than 5 percent by 2040, the share of employment would still be 33.5 percent for India.

Policy makers will therefore have to chart a course that ensures a way out for small farmers within agriculture, while at the same time trying to create jobs for some of them outside the farms.

The Modi government’s Production-Linked Incentive (PLI) programme and increase in tariffs for some goods is aimed at creating jobs for the people displaced from farms. On the other hand, the farm reforms aim to create conditions for small farmers to survive, if not thrive, by linking farms to markets and agribusinesses, thereby trying to create a dynamic, modern agricultural sector. The push to rural infrastructure and logistics is part of the same strategy.

Can’t the present system in agriculture — a mix of subsidies, minimum support prices and public procurement — do the job? Minimum support prices are only for a few crops and have resulted in huge surpluses of wheat and rice. Only a few regions in the country have benefited and it is the rich farmers in these regions that have gained the most. The system was designed at a time when the overriding objective was to ensure self-sufficiency for food in the country, especially in cereals. But it has outlived its utility, is inequitable, inefficient, an intolerable burden on fiscal resources and lacks dynamism. It is a dead-end. More importantly, it plainly hasn’t worked for the vast majority of farmers. In other words, there is no alternative to reform.

Will the new farm laws succeed in their aims? Well, we do have the example of successful agrarian transformations in much of East Asia. Consider the People’s Republic of China (PRC), a country we love to compare ourselves with and whose policies we try to emulate. The ADB report cited above says, ‘In the 1990s and 2000s, the PRC’s agriculture evolved from a grain-centered economy to one oriented towards high-valued cash crops, horticulture, livestock, and aquaculture products. Orchards now occupy over 5 percent of cultivated area, double the share in other countries with large agricultural sectors. Between 1990 and 2004, vegetable production was growing by the equivalent of California’s vegetable industry every 2 years. Agriculture is now also heavily export-oriented, and specialized towards labour-intensive products.’ If China can do it, so can we.

A paper from the UN’s Food and Agriculture Organisation (FAO), quoted here, said contract farming in China has helped millions of small farmers, offering them a modicum of security and preventing their becoming landless labourers. The metamorphosis of the peasantry into the flotsam and jetsam of modernisation in city slums need not be inevitable.

In the most optimistic scenario, smallholders may also become part of global agricultural value chains, although it’s not an easy task. The ADB paper points out, ‘In Laiyang country in Shandong province, up to half of output may be exported; owing to fragmentation of household parcels, village authorities consolidate farmers’ parcels for lease to processors (the fanzu daobao system), and production may follow a “growership” scheme in which the processor provides inputs and imposes delivery, quality and management standards, while farmers supply labour. Larger buyers tend to be foreign-owned or foreign-domestic joint ventures, and the main export destinations are the European Union, Japan, the Republic of Korea, and the United States. Harvest from small farms go to processors for sorting, cleaning, and packing (in the case of fresh produce), which are then distributed to supermarket outlets such as Wal-Mart and Carrefour.’

To be sure, it is entirely possible that in many instances, small farmers will be at the mercy of big buyers and there is little doubt that most of the benefits of the value chain will accrue to the big companies. The market plays contradictory roles—it can be a channel for small producers to participate in larger markets, or it could be a mechanism for large capital to exploit small producers. That is where the state has a role to play in managing these contradictions, perhaps by supporting smallholders to market their produce, or providing safety nets to mitigate the uncertainties of farming.

The farm reforms are a bold step aimed at creating a modern, viable agricultural sector. It is bound to be vociferously contested by the groups that benefited under the old regime. The government should stay the course. A few sops here and there may be politically expedient, but it should stand firm on the reforms.

This article was originally published in Moneycontrol